The original panel buffers on this machine were a one piece system consisting of a buffer and loop all in one. These are currently not available but the panel buffer clip on type that were introduced on machines later in 1963 will be perfect for a Lambretta of this year and are actually an improvement on the originals.


Each side consists of a clip and rubber block 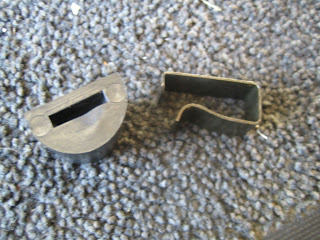 Push the rubber on to the clip as shown. 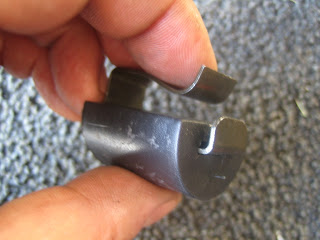 Push the clip on to the outrigger where shown. It is toward to top of the leg as it straightens out. 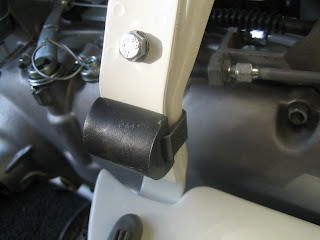 Ensure the lip has clipped over the outrigger as shown to make sure it doesn't come off.

The buffers are essential as they press against the inside of the side panels and cause them to flex slightly. This in effect, pulls on the front and rear of each panel to hold them in to the lip on the frame and stops the side panels coming off. 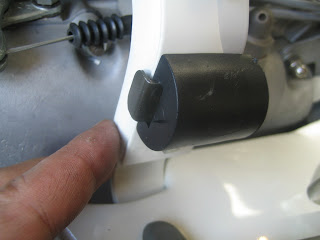