Here is our seat base back from being stripped of all the original paint and rust etc. It has been painted black, exactly as it should be. Alongside it are the rubber frame buffer and rear catch. 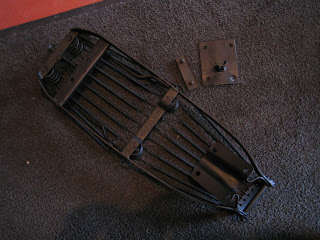 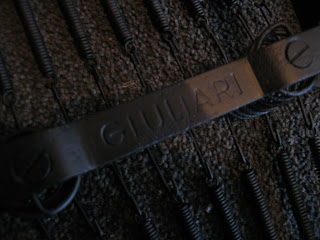 Don't forget to put back a new rubber buffer on the end of the seat catch push rod. 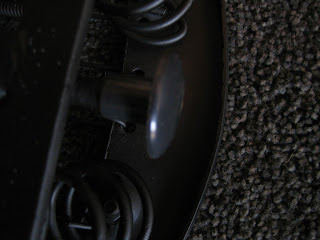 Here is our new seat cover as original spec. 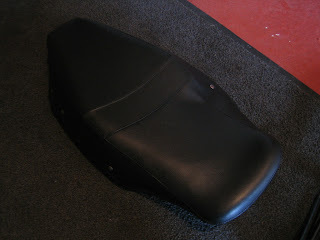 Note the alloy tabs on the inside, which you will have to turn upright after the seat cover has been put on the base. 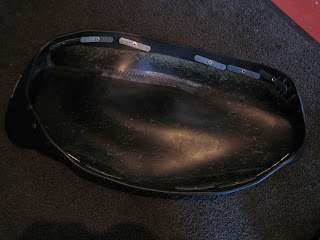 Insert the base in to the cover starting at the rear end first and then push in the front. It might be a bit of a stretch but with effort, it will go.

Then, start bending the cover tabs over the frame loop by first (with the seat upside down) pushing the top tab down and then the lower tab up and over it.

This prevents the alloy tabs from scratching or catching on your painted frame when the scooter is in use as it keeps the sharp edges away from the panelwork. 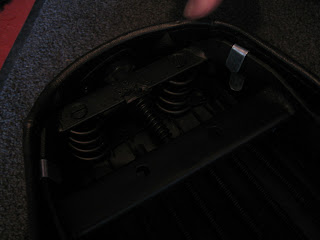 With both tabs bent over, squash them flat using a hand clamp. 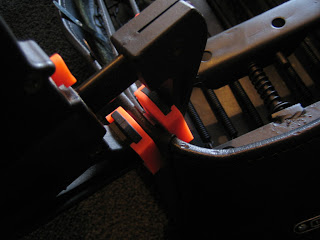 Work your way forward, both sides at the same time... 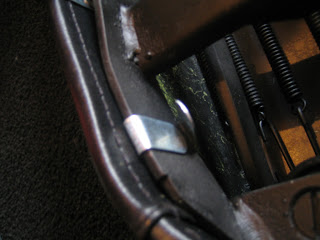 Until all the tabs are done. 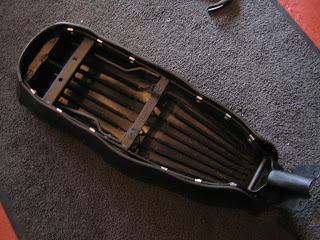 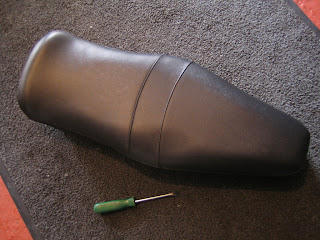 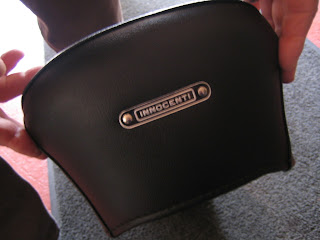 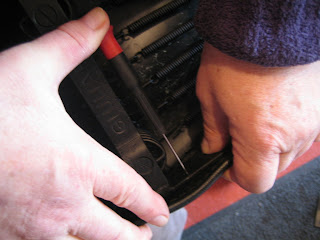 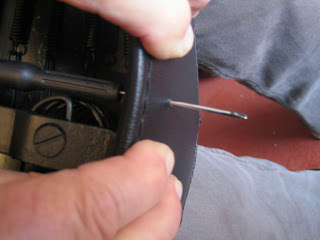 You can now add the stap by insertign the strap end bolts through the cover and in to the threaded hole in the frame. It should then look like this: 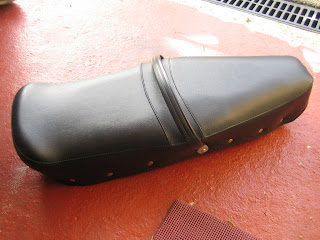 And be dead centre in the seat pattern as shown below. 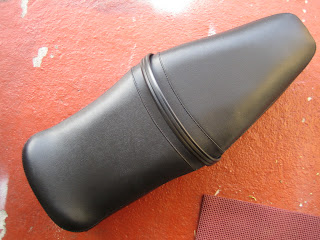 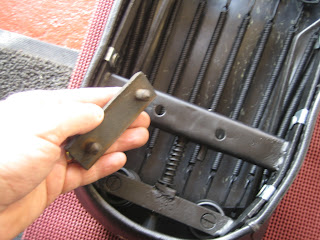 You might need to drop it in boiling water and use a bit of soap to get it to go in to the frame holes. It is VERY tight! 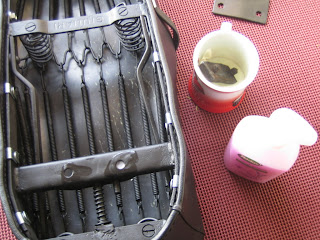 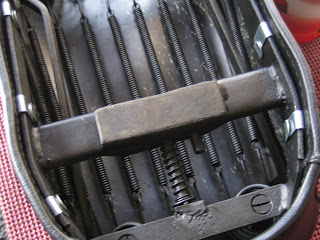 Here is the fixing kit for the seat. 13mm bolts and nuts, plus washers. Notice, the rear bracket for the catch has nylon washers. 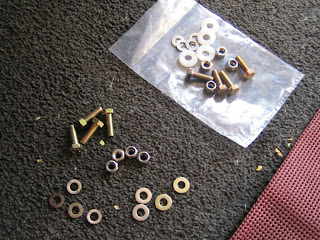 Fit the front hinge by adding a thicker washer (shown below) under the hinge and a slimmer one under the nut, which goes inside the toolbox. 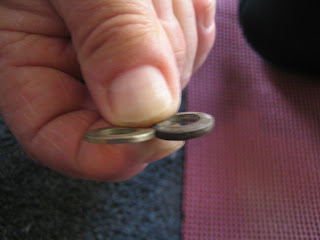 Put the thicker washers in place under the air scoop. 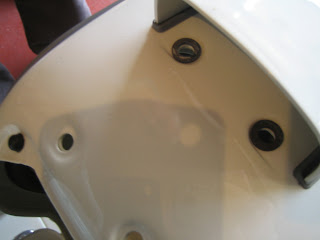 Offer up the hinge and push two of the bolts through. This is easily a two man job.

Fasten these two bolts loosely with a washer and nut on the underside of the frame in the toolbox. Then, slip in the front two thick washers and insert the front bolts and fasten. Don't fasten them all too tightly as we may need to adjust the position of the seat a little when fitting the rear catch. 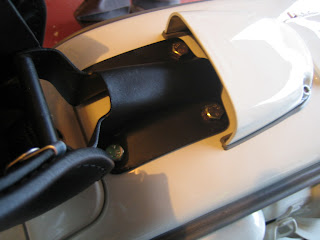 It was at this point I realised we had picked up the wrong rear catch bracket. So for now, I'm using a sheet of bubble wrap to protect the frame and paint whilst the seat is down. 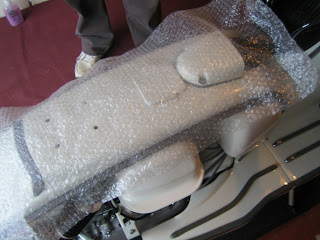 But it does look rather good with the seat added. 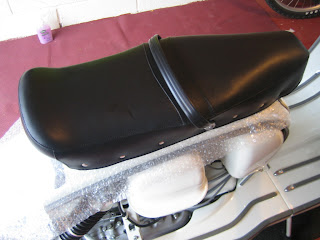 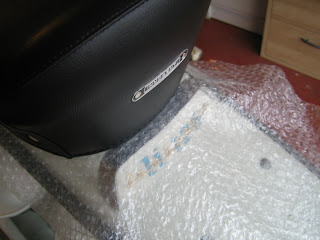 Here is the offending rear bracket. Notice the catch part is central on the bracket. Ours needs to be the type which is very similar, except with the catch to the left a little more. Oh well. I could always have the guys collect the scooter and add this themselves, it's such an easy job now to complete.

We ALL make mistakes. 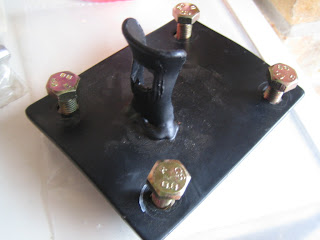