Leaving the back end of the scooter for a little while, I'm going to concentrate on the front. Leaving the engine in place for now, will at least add some stability to the thing whilst I grapple with everything else holding it together.

Next thing to remove is the headset top.

You will be VERY fortunate if you manage to get all the fastenings undone here. As they are open to the elements, it is likely most will be tough to remove or seized solid. 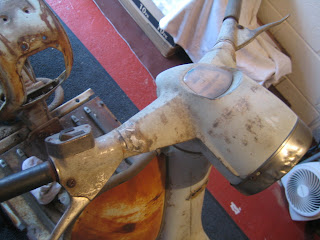 Begin by removing the front light chrome rim. Normally attached with three threaded bolts. One either side and another underneath. My example has just two replacement screws, which are not standard and are almost welded in place by rust. I had to saw them off with a hacksaw. Later, I can attempt to remove the screw body using mole grips or even drilling them out and re threading the hole. 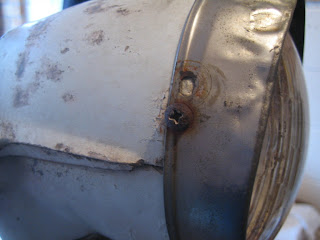 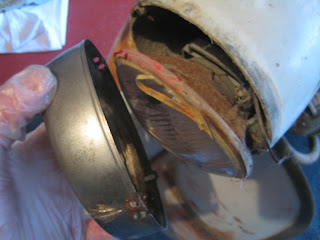 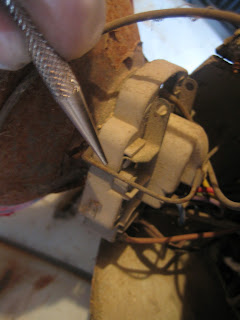 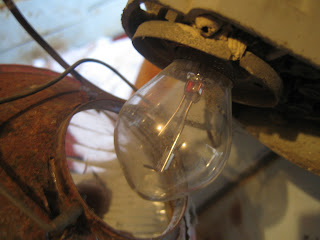 Note that the wire clip has two plastic sleeves helping to keep it in position laterally. 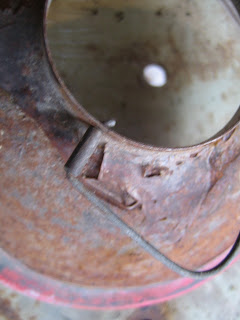 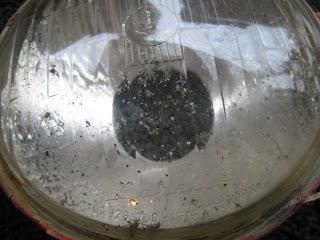 To free the headset top from the bottom, you must remove the long bolt holding them together at either side. these bolts are located in the position seen below. 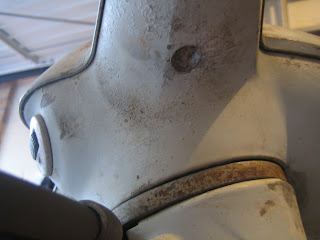 Once the two bolts are removed, you will also need to undo the speedo cable from it's location at the front wheel. It is attached in the position indicated below at the tip of my screwdriver. It is missing on this scooter. Undo the cover and pull out the cable from the wheel and housing. Make sure the cable is also freed from any clips or guides it is fed through around the fork area. 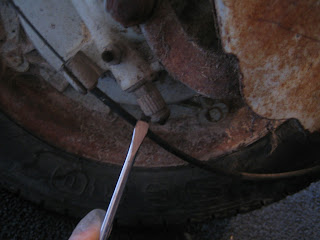 
Notice there is a rubber fitted at the factory at the outer edge of the headset top. This would both prevent vibration and water ingress. 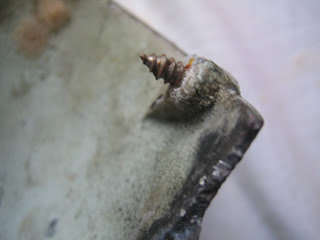 These are the reminder of the screws that held the rim in place. Shouldn't be too hard to remove these and keep the threads clean. 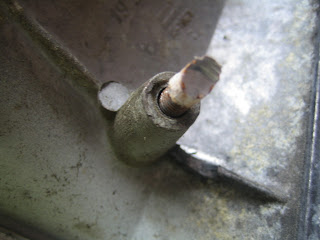 The above image shows the remainder of one side of the headset where i had to drill out one of the bolts. Again, there is plenty to get hold of there to remove it later.